Gramor Development Inc. initiates a new phase of its project and welcomes a local brewpub to a growing lineup of food and beverage standouts

– As Gramor Development Inc. breaks ground this week on the two flagship restaurant buildings in its Waterfront development, it announced today a full-service brewpub to join a growing number of tenants. Vancouver, Wash.-based Ghost Runners Brewery plans to open a restaurant and brewery in the Grant Street Pier — 12 building on the majestic Columbia River. It will occupy approximately 5,300 square feet on the second floor, with an additional 1,200 square feet of picturesque open-air space at the water’s edge. Besides serving an inspired menu of brewpub fare to complement Ghost Runners’ core favorite beverages and specialty craft beers, the location will house a 10-barrel brewing facility. Ghost Runners was inspired by a passion not only for beer but also for running and outdoor pursuits. It follows that it chose to be a part of Gramor’s Waterfront Vancouver because the upper deck space will overlook the mighty river as well as the development’s focal point: a $35 million park that will constitute an extension of the scenic five-mile Columbia River Waterfront Renaissance Trail. “The Waterfront Vancouver is one of the coolest things to happen to our community, and we are truly excited to be a part of it,” said Ghost Runners founder and brewer Jeff Seibel. “We chose this spectacular space because of its upper-level view of the park and river, and its access to the waterfront trail. Our brewery will be a fun, bright and warm gathering place, somewhere ideal for runners, walkers and bikers to finish their afternoon or evening exercise and come together to enjoy great beer and food.” With ground now broken on the two flagship restaurant buildings set for completion in 2018, and construction already underway elsewhere on phase 1 of the 20-block development, the image of a vibrant mixed-use destination continues to emerge. The 32-acre, $1.5 billion development also will include an Indigo hotel as well as residential, retail, office and green space. Restaurants will be a key attraction, with WildFin American Grill and Twigs Bistro and Martini Bar already signed at the location.

On the edge of the Columbia River, all of the dining establishments will overlook the elegant Grant Street Pier, a signature piece of the revitalized waterfront. The 90-foot-long cable-stay pier will be suspended dramatically above the water.

The building that Ghost Runners will occupy will be reminiscent of a boathouse, with a design that features simple horizontal roof lines. Sliding doors will open onto an expansive second-floor deck with abundant outdoor seating and a breathtaking waterfront ambience, providing a dining environment unlike any other in the Vancouver/Portland region. It will offer more than 28,000 square feet of space for up to four restaurants, featuring outdoor dining on two floors. Ghost Runners joins Twigs Bistro and Martini Bar, which will move into approximately 8,500 square feet on the first floor and was the first restaurant announced for the project last year. The Grant Street Pier — 9 building will evoke a modern pavilion feel, with extensive glass and a soaring roof. It can accommodate two full-service restaurants and will feature more than 15,000 square feet of space. Gramor Development already has signed a deal with WildFin American Grill, which will lease 7,500 square feet on the first floor. “We’re creating a unique urban destination unlike anything that exists in the Portland metro area, and restaurants want to be a part of it,” said Barry Cain, the president of Gramor Development. “We’re proud to see another great regional player joining the project. We’ve broken ground on two buildings that will redefine Vancouver’s dining scene and beautify the waterfront in an elegant setting. We couldn’t be happier to add Ghost Runners Brewery to the lineup.” ### 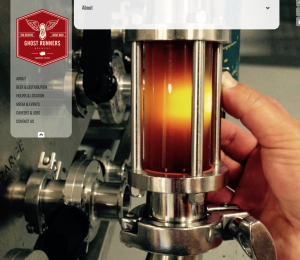 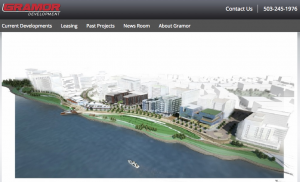 Gramor Development specializes in retail and mixed-use developments that are uniquely suited to the surrounding community. Since 1985, Gramor Development has brought to life developments that showcase thoughtful design, high-quality construction and a sense of place. Gramor Development has completed more than 65 developments, valued at nearly $1 billion, throughout the metropolitan Portland and Vancouver areas. Projects include the forthcoming Waterfront Vancouver, a $1.5 billion development spanning 20 city blocks and 32 acres in Vancouver, Wash., and Lake View Village, a mixed-use project that transformed the downtown area of Lake Oswego, Ore., into a beautiful destination adjacent to a city park. The privately held company, led by President Barry Cain, is headquartered in Tualatin, Ore. MEDIA CONTACTS: Molly Ishkanian (Gramor) 503-277-8370, Molly@R-West.com Alicia Schulz (Ghost Runners) 360-989-3912 ext. 902, alicia@ghostrunnersbrewery.com Source: http://thewaterfrontvancouverusa.com/wp/wp-content/uploads/2017/03/The-Waterfront-Breaks-Ground-on-Restaurant-Buildings.pdf