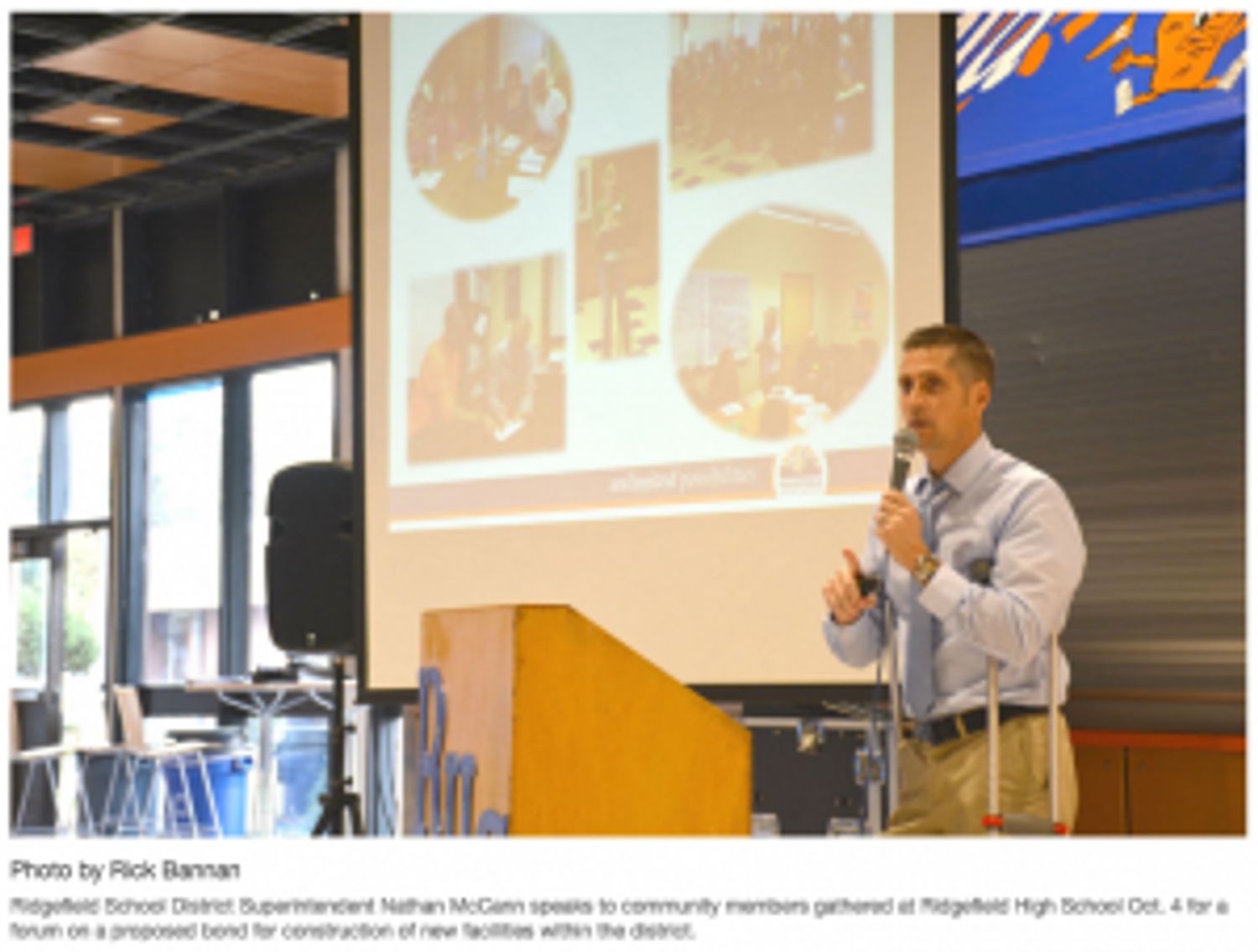 “Great schools and great communities are linked,” Ridgefield Superintendent Nathan McCann said. “This is another example of the entire community pulling together to further Ridgefield.” 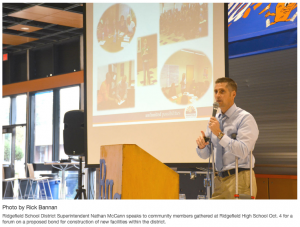 Our community is rapidly growing. In fact, Ridgefield is one of the fastest-growing cities in Washington State. The city has issued more than 300 new home permits this year and is expected to have a population of more than 25,000 residents by 2035. Not surprisingly, the Ridgefield School District is the fastest-growing school system in southwest Washington. Current district enrollment is 2,750 students and we are expected to reach nearly 7,200 students by 2035. District enrollment has increased by 13% this year.

Every school in the district is over-capacity by at least 130 students. 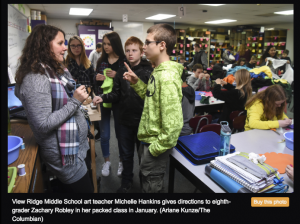 Ridgefield bond measure is easily passing with 68 percent voting in favor and 32 percent against. Because this was a bond measure, it needed a 60 percent majority to pass. This means about $100 million in capital facilities projects will be built to ease the rampant student population growth within the school district. It will increase student capacity by about 60 percent. At the center of the bond is a new intermediate campus that will feature two distinct schools for fifth-sixth and seventh-eighth grades with shared central services.

“I’m thrilled with the turnout, and really thrilled with the overwhelming support from the Ridgefield community,” McCann said. “This was the culmination of 18 months of work and community engagement. This has the fingerprints of thousands of people.”

The district will partner with the city to build a sports complex next to the new 5-8 campus. The district will use the complex for athletic teams and physical education classes, although no bond money will go toward the sports complex. Building the new 5-8 campus will allow the district to repurpose View Ridge Middle School, moving students out of the already crowded downtown Ridgefield. The district plans on using the View Ridge building to expand its community education program, and has started discussions with multiple agencies to find a partner to bring new programs to downtown. McCann said there’s a possibility of bringing an early childhood development program to View Ridge, and he has talked to the Fort Vancouver Regional Library District representatives about using the space. Some of the building would also be used to consolidate district administrative and support services, which are currently spread around the district. One of the biggest reasons the district opted to pursue a bond measure was to deal with overcrowding. All four schools in the district are currently over capacity.

Prior to results coming out Tuesday night, the district’s board of directors voted to buy new modular classrooms for all four schools. 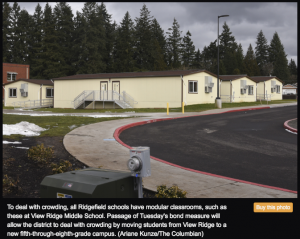 The district’s current enrollment is around 2,740, and it’s estimated to reach 7,200 in 2035, although McCann said the district’s recent growth is eclipsing that rate.

As the bond measure relies on levying more property tax, residents will be paying for the improvements. 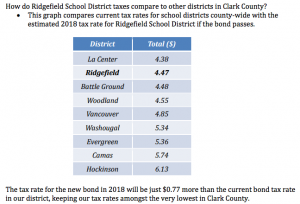 Representing the CFAC was Amy Draper, one of three co-chairs for the committee. She said she first became involved with the committee after realizing how much the district was growing by stopping into the first-grade classroom of her youngest child. She said getting the bond would do more than merely help out the district, as having quality education would be beneficial to all of Ridgefield in the long run.

Citizens for Ridgefield Schools would like to express our enormous gratitude for your support and engagement in this campaign. We had a big task at hand, and we wouldn't have been able to do it without your help canvassing, phone banking, online outreach, sign waving, and so much more. Thank you!

Sources for this article;