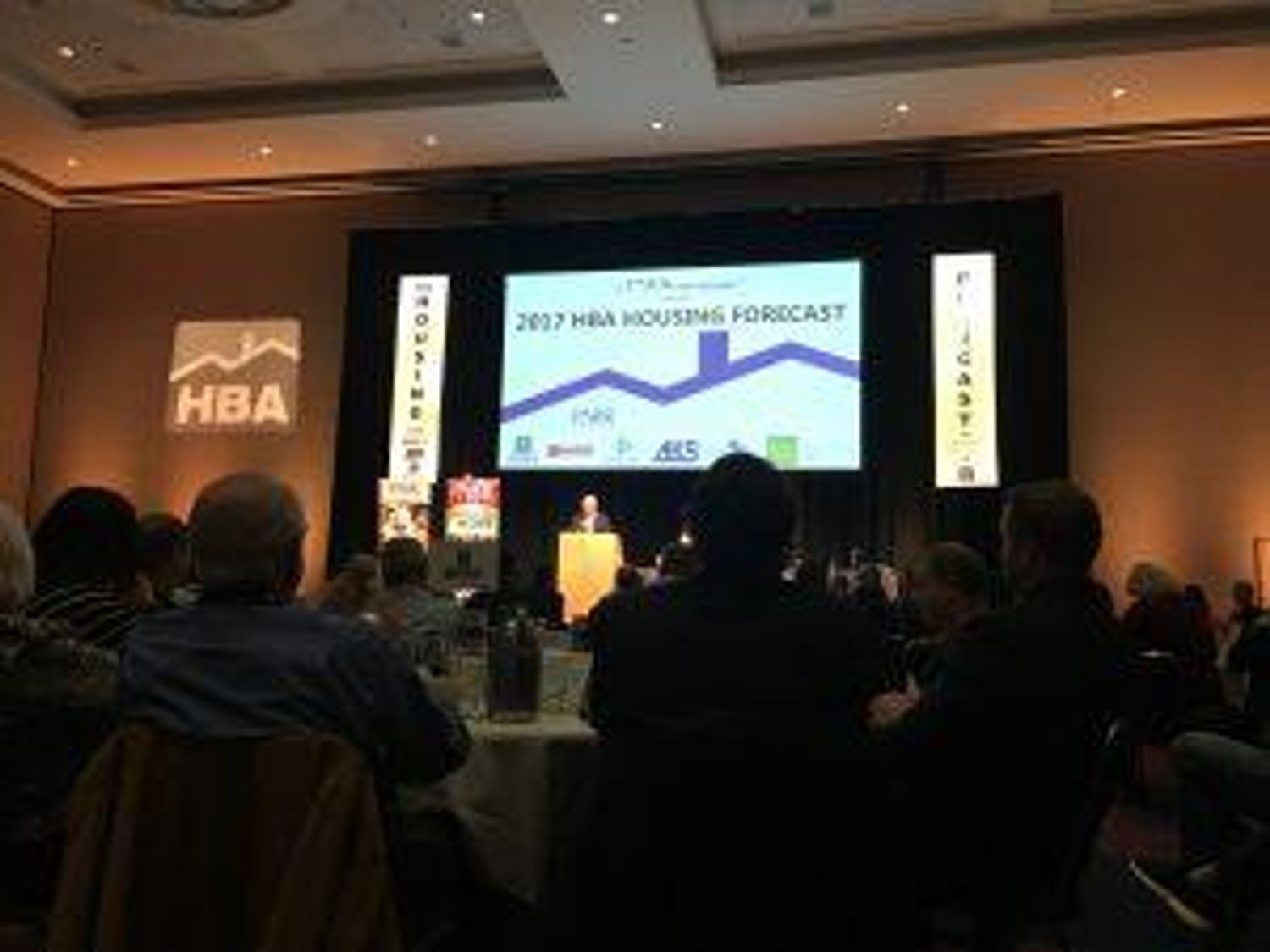 held a 2017 Housing Forecast Meeting on the morning of Nov 4th 2016 and we've got the details. 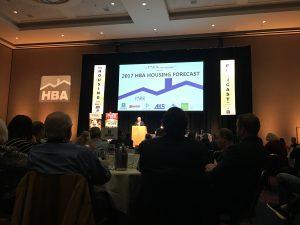 The meeting began with warm welcomes from Doug Wirges (Director of Sales at PARR Lumber Company) and Brian Schmidt (President - Elect of the HBA) along with breakfast and coffee.

Professor of Economics  at University of Oregon

and concluded with a panel Q + A.

Home-buyers will see the industry's best efforts to meet market demands. If you find the right place, act fast!

As the Chair of Multnomah County from 2007 - 2010, Ted Wheeler developed a reputation as a leader who brings people together to get things done. He balanced a county budget during the worst years of the recession and jump-started long-stalled projects, including the Sellwood Bridge and East County Courthouse. Under Ted's stewardship as State Treasurer, Oregon's investment portfolio outperformed everyone of its  peers in the nation and earned an upgraded credit rating. As Treasurer, Ted relaunched the Oregon College Savings Plan, and passed legislation that created the Oregon Retirement Savings Plan, which is now a national model for state-sponsored retirement security. He takes office as the next mayor of Portland in January.

Chief Economist, NAHB, rdietz@nahb.org, Robert Dietz Presentation Robert Dietz, Ph.D., is Chief Economist for the National Association of Home Builders (NAHB), where his responsibilities include housing market analysis, forecasting and industry surveys, and housing policy research. Prior to joining NAHB in 2005, Robert worked as an economist for the Congressional Joint Committee on Taxation. He has testified before Congress on housing, economic and tax issues, and he is an expert on home construction analysis and trends. Robert is a native of Dayton, Ohio and earned a Ph.D. in Economics from the Ohio State University in 2003.

Senior Director Oregon Economic Forum; & Professor, Department of Economics, University of Oregon, duy@uoregon.edu, Tim Duy Presentation and Blog Professor Duy received his B.A. in Economics in 1991 from the University of Puget Sound, and his M.S. and Ph.D. in Economics in 1998 from the University of Oregon. Following graduate school, Tim worked in Washington, D.C. for the United States Department of Treasury as an economist in the International Affairs division and later with the G7 Group, a political and economic consultancy for clients in the financial industry. In the latter position, he was responsible for monitoring the activities of the Federal Reserve and currency markets. Today, he is the Senior Director of the Oregon Economic Forum at the University of Oregon. Tim has published in the Journal of Economics and Business and is currently a member of the Oregon Governor’s Council of Economic Advisors and the State Debt Policy Advisory Commission. Tim is a prominent commentator on the Federal Reserve. Major national and international news outlets frequently quote him, including the New York Times, the Washington Post, the Financial Times, the Wall Street Journal, and Bloomberg. He also writes a regular column for Bloomberg Markets.

Principal, Johnson Economics, jwj@johnsoneconomics.com, Jerry Johnson Presentation Jerald Johnson is a real estate market and regional economic development consultant, with more than twenty-six years of experience in the Pacific Northwest. He has consulted on a broad range of real estate development and land use economic topics, for both public- and private-sector clients. As a Principal with Johnson Economics, Mr. Johnson is involved in research design, market analysis, economic and financial modeling, and public policy. His clients include many of the region’s major developers, as well as financial institutions and governmental agencies. So, in a nutshell...

The 2017 Housing Market will be fast-paced and competitive, which is great news!